Acknowledged Receipt in Absence of Accountant

Hagner acknowledged receipt of letter from Tillinghast for Simmons who was absent from the War department. Delay in response due to move of office from Philadelphia to Washington. Mr. Boss's accounts settled, balance paid to him was done so a long time ago. Payment was for overdrawn rations by Tillinghast, Tillinghast to have sum deducted from pay. 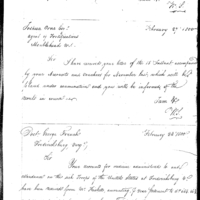 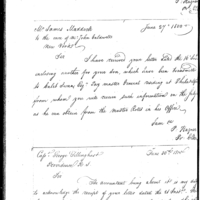