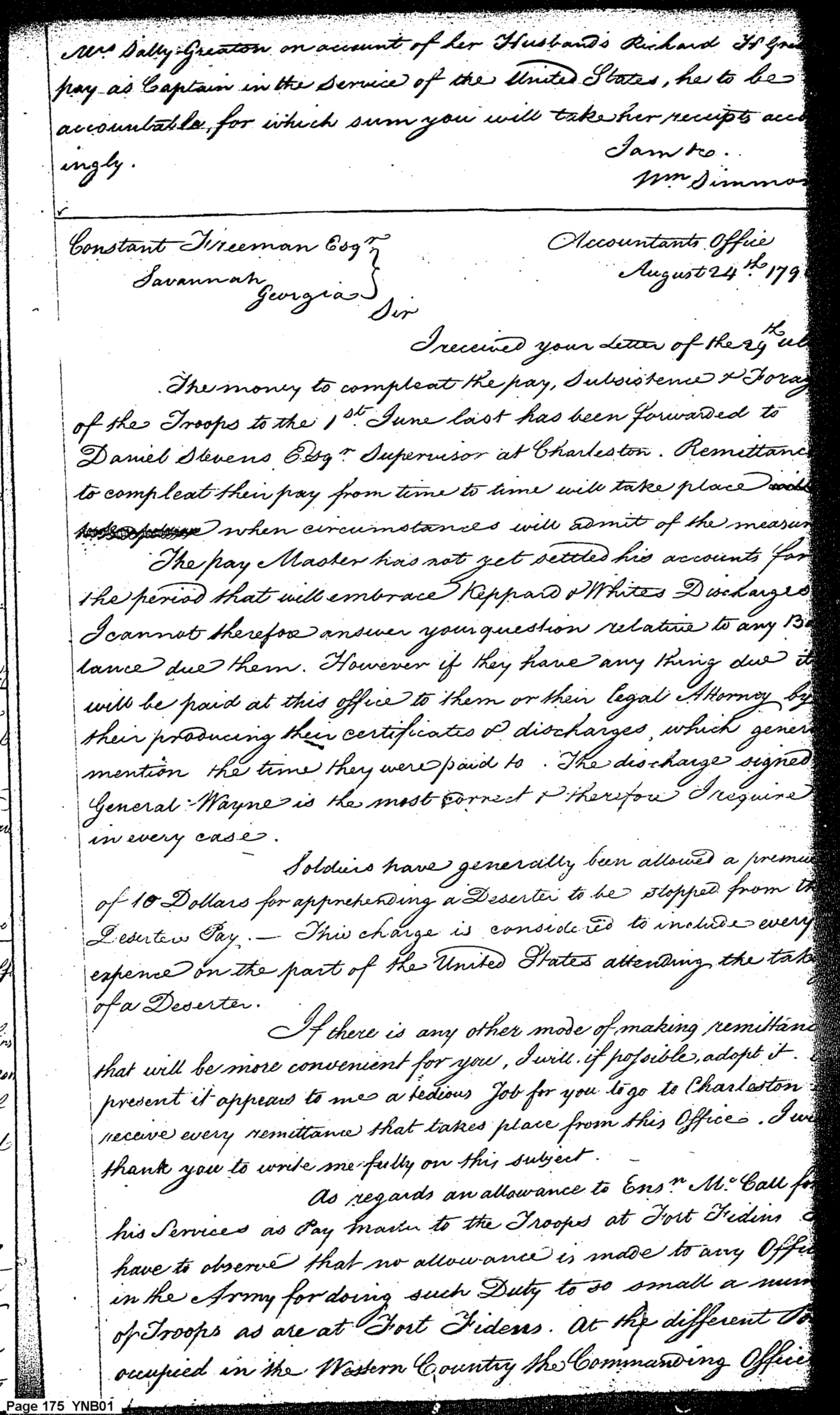 Ms Sally Greaton on account of her Husband's Richard H. Grea[ton] pay as Captain in the Service of the United States, he to be accountable for which sum you will take her receipts accordingly.

Sir I received your letter of the 29th ul[to.]

The money to compleat the pay, subsistence and fora[ge] of the Troops to the 1st June last has been forwarded to Daniel Stevens Esq Supervisor at Charleston. Remittance to complete their pay from time to time will take place when circumstances will admit of the measure.

The pay Master has not yet settled his accounts for the period that will embrace Keppard & Whites Discharges. I cannot therefor answer your question relative to any balance due them. However if they have any thing due it will be paid at this office to them or their legal attorney by their producing their certificates of discharges, which gener[cut off] mention the time they were paid to. The discharge signed General Wayne is the most correct and therefore I require in every case.

Soldiers have generally been allowed a premium of 10 Dollars for apprehending a Deserter to be stopped from the Deserter Pay - This charge is considered to include every expense on the part of the United States attending the taking of a Deserter.

If there is any other mode of making remittance that will be more convenient for you, I will, if possible, adopt it. [word cut off] present it appears to me a tedious job for you to go to Charleston to receive every remittance that takes place from this Office. I will thank you to write me fully on this subject.

As regards an allowance to Ensn. McCall for his Services as Pay Master to the troops at Fort Fidins I have to observe that no allowance is made to any Officer in the Army for doing such Duty to so small a num[ber] of Troops as are at Fort Fidens. At the different [cut off] occupied in the Western Country the Commanding Office[r]