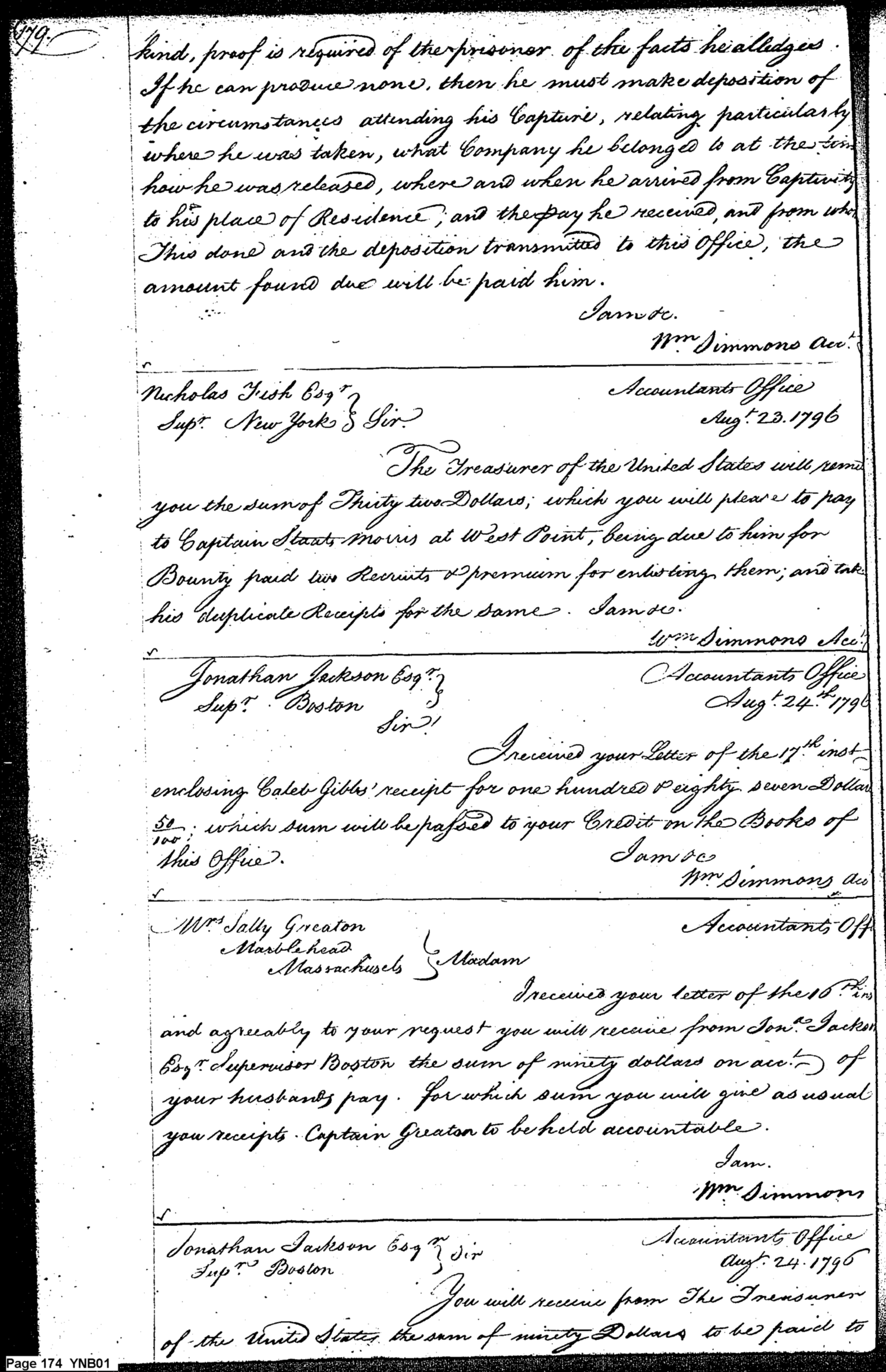 kind, proof is required of the prisoner of the facts he alledges. If he can produce none, then he must make deposition of the circumstances attending his Capture, relating particularly where he was taken, what Company he belonged to at the time how he was released, where and when he arrived from Captivity to his place of Residence, and the pay he received, and from whom This done and the deposition transmitted to this Office, the amount found due will be paid him.

you the sum of Thirty two Dollars; which you will please to pay to Captain Stuart Morris at West Point, being due to him for Bounty paid two Recruits & premium for enlisting them; and take his duplicate Receipts for the same. I am &c.

I received your Letter of the 17th inst enclosing Caleb Gibbs' receipt for one hundred & eighty seven Dollars 50/100; which sum will be passed to your Credit on the Books of this Office. I am &c.

and agreeably to your request you will receive from Jona. Jackson Esqr. Supervisor Boston the sum of ninety dollars on acct. of your husbands pay. For which sum you will give as usual you receipts Captain Greaton to be held accountable.