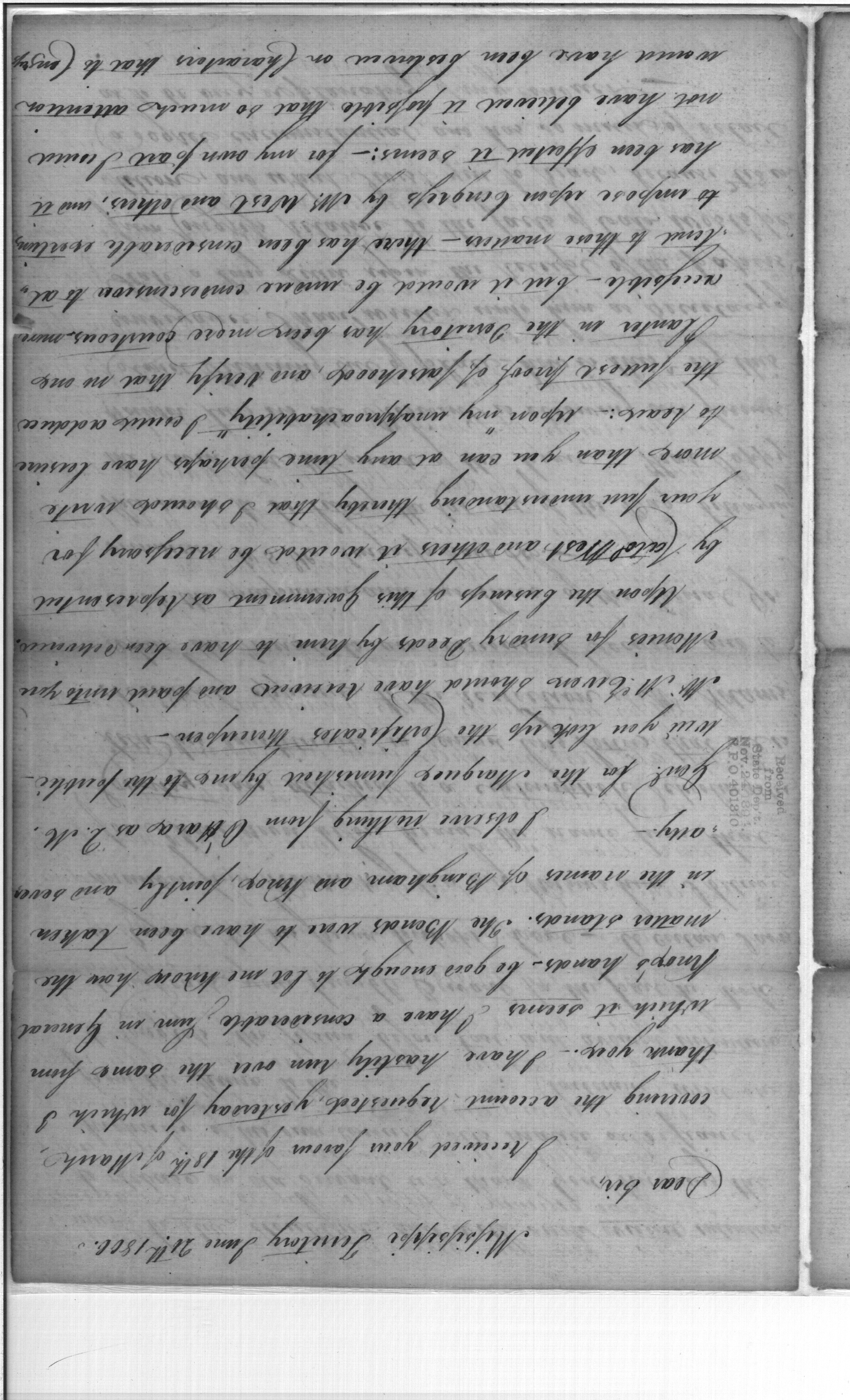 Dear Sir, I received your favour of the 18th of March covering the account requested, yesterday for which I thank you. I have hastily run over the same from which it seems I have a considerable sum in General Knox's hands. Be good enough to let me know how the matter stands. The Bonds were to have been taken in the names of Bingham and Knox, jointly and severally. I observe nothing from O'Hara as I. M. Genl for the Marquee furnished by me to the public. Will you look up the Certificates thereupon. Mr. McEwen should have received and paid unto you Monies for sundry Deeds by him to have been delivered. Upon the business of this Government as represented by ??Catol? West and others it would be necessary for your full understanding thereby that I should write more than you can at any time perhaps have leisure to read: upon "my unapproachability" I could adduce the fullest proof of falsehood, and verify that no one Planter in the Territory has been more courteous, more accessible _ but it would be undue condescension to attend to these matters _ there has been considerable exerting to impose upon Congress by Mr. West and others, and it has been effected it seems: _ for my own part I could not have believed it possible that so much attention would have been bestowed on Characters that to Congress