For decades historians believed that its files, and the window they provide into the early federal government, had been lost forever. This collection unites copies of the lost files in a digital archive that reconstitutes this invaluable historical resource.

Our community of transcribers are working to create full text transcriptions of every possible document in the collection. Anyone can join the community and contribute to the project. 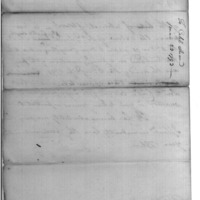 Howell is informing Swan that the widow of a Mr. Gilmore, of Captain Smyth's company, has inquired if any money is still due her late husband. "There appears to be none of Capt. Smyth's Comp." might imply that there are no records of other survivors of that unit.
0 pages needing transcription 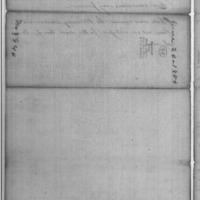 Elbowing Pickering Out of His Place, Etc.

Respecting his alleged "unapproachability" Sargent protests that no planter in the territory has been more courteous or more accessible than he. He is unhappy that the President is elbowing his friend Colonel Pickering out of his place as Secretary of State.
0 pages needing transcription 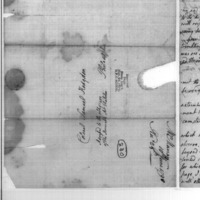 Conducting Myself Through the Vexatious Labrynth, Etc.

Among other matters, Mrs. Murray complains that a large number of her subscribers are astonishingly remiss even while she is obligated to make payments to her printer. A letter she received from Richmond, Virginia informed her that the "excessive praise" she has lavished upon the President will prevent the sale of her books in that part of the country. Yet, she insists that time and perserverance will conduct her through the vexatious labrynth and she will be able to discharge her bills.
3 pages needing transcription