Petition from Two Soldiers Captured by the British

Petition from Two Soldiers Captured by the British

Petition from two soldiers, William Moore and Thomas Ward, captured by the British in the South Carolina campaign and imprisoned on a prison ship. They speak of their suffering. They were also "compelled" to serve on British ship bound to the West Indies. Petition for their release as "redemtioners" and ask that their pay be applied to the "redemption money."

Commissioners of the Board of War 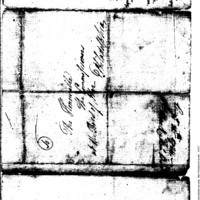 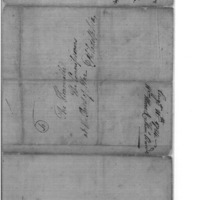 To the Commisioners at the Board of War.

those who have spilled their blood


[Ed. note: The above was written sideways rotated 90 degrees clockwise]


Petition for their release as
"Redemtioners", and ask that
their pay be applied to the
"Redemtion Money".
[Editor's note: The above was written sideways (90 degree turn clockwise)]
Honoured Sir-----
Those only who have suffered hardships and distress, are the only few who have a fellow feeling for the Misery's of their fellow Subjects. Numerous we doubt not are the weekly Memorials laid before your Honor, which by an immediate call to more weighty affairs are Generally pass'd by unnoticed, We hope not so, good Sir, will be the fate of this third Petition of yr. unfortunate subscribers
Wm. Moore Mattross in Captn. Detreaiks Compyof the South Carolina Artillery Col: Beckman Commander--- taken prisoner on the Capitulation of Charles Town.
Thos. Ward private in Captn. Anderson's Compy. of the 7th Maryland Regt. Col. Jn Gunby, Commander was taken Prisoner on the 18th day of Augst. 1780, In the Detachmt commanded by Genl. Sumpter-----
Alike Hond. Sir, have been their sufferings & grievious distresses, for several months in Prison Ships & Gaols under the British, and at last forcibly compelled into their West Indies Service, The Instant we regained our Liberty we embark'd for America as redemtioners, having no cash to pay of our passage, but not without reason hopeing, the Money due from our different Corps added to the Zeal & actual Service, we have Served the States in, would redeem us from Bondage, Too severe and distressing for those who have spill'd their Blood and hurt their Constitution
Dated on bord the Favourite, Captn. Alcorn
Philadelphia Augst 11th..1784---
for the Independent Liberty's of this happy Country
Hond. Sir
If you will please to give directions, the the Sates of S. Carolina & Maryland Regimental Accounts be examin'd, yr petitioners in the Compys & Regimts affore Mentioned, will be found having suffic cash due to them, to free them, (by paying the Redemtis Money) from A years Bondage,
Sir
If the States Accounts are not in this City we humbly pray to be Acquainted with the same that we may write to our different Commanders, & friends and request their Interest & Assistance for the recovery of what we have Sersvingly Earn'd at the Immediate hazard of our lives, And
Your Petitoners as in duty bound
Hond. Sir
Shall & will ever Pray for & remain yr. dutiful & Obedt. Servts
William Moore
Thos. Ward---
The Time of our redemtion will be out in Seven days more